This lesson is all about Introduction to Angular command line interface (cli) commands.

If you are yet to install Angular CLI in your machine, please install it from their website.

As you may already know, Angular CLI (ng) is used to create new projects, build / package application, in this post we will see what are the frequently used commands in Angular app development.

Creates a new workspace and an initial Angular app.

Generates and/or modifies files based on a schematic.

Compiles an Angular app into an output directory named dist/ at the given output path. Must be executed from within a workspace directory.

To build the application with production target configuration, add option –prod=true as given below:

Builds and serves your app, rebuilding on file changes.

If you want the URL to be opened in default browser:

Opens the official Angular documentation (angular.io) in a browser, and searches for a given keyword.

For detailed list of all commands, please take a look at official Angular documentation. 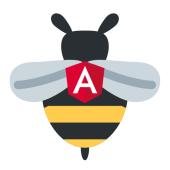